Pachisi is a cross and circle board game that originated in Ancient India. It is described in the ancient text Mahabharata under the name of “Pasha”. It is played on a board shaped like a symmetrical cross. A player’s pieces move around the board based upon a throw of six or seven cowrie shells, with the number of shells resting with aperture upward indicating the number of spaces to move. 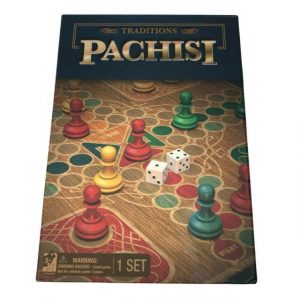 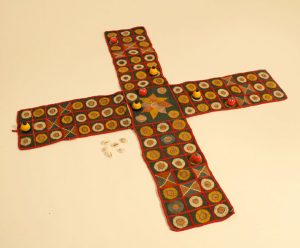